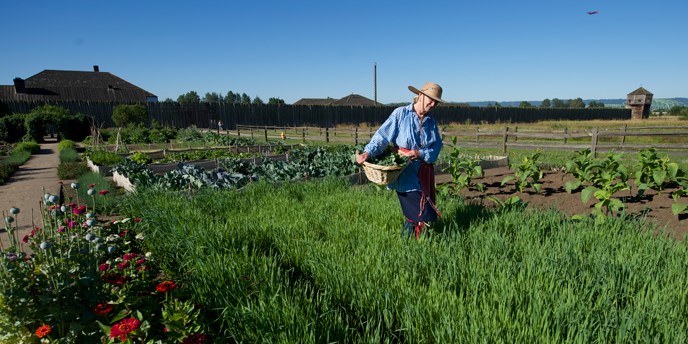 My great grandma Pearl was big on gardening.

She harvested her own black-eyed peas, pickled her own beets, canned cupboards full of summer tomatoes that carried her well into winter, and grew squash the size of small babies.

Her hands held stories, soiled and wrinkled with the richness of her small southern plot of life, stories of love and deceit, of loss and longing, but more than anything, they were stories of survival.

Before her death, I visited her in the hospital.

Her once sturdy bones lay motionless, arranged on the gurney as though on display for an archaeological exhibition. Her muscles had long since abandoned her, causing her words to come in long intervals as she gathered the strength to push them into her throat and out of her mouth.

Motioning for me to come closer, I leaned in to feel her breath on my cheek.

In a forced whisper, she said, “My mind is still as sharp as a whistle but my body just don’t wanna work no more. Now you promise, Stephanie, promise you gonna take good care of that garden now, ya hear?”

I chalked her words up to the morphine and kissed her one last time.

I didn’t fully understand Granny’s words until later in life.

You see, Pearl spent her days burying her burdens in her garden, burdens too dark for others to understand. Like perhaps the fact that her first husband was nearly 3 times her age and that she had become a widow by the time she was 30. Or that, after putting her first husband in the grave, she went on to marry her stepson, who was closer in age to her than his father had been. Both went by the name of Sam. She ensconced the grievances of stillborns. She dug her pain into the earth when she became a widow for the second time, only this time it was at the hands of her eldest son, Smokey, who walked in on his stepfather raping his sister.

She nestled her agony alongside each of her seedlings to create a close-knit community that flourished by forging intertwined root systems to naturally ward off invasive opportunists.

She repaired the damaged and mistreated topsoil by nourishing what was important.

And, as for weeds, the wild ones that in any other context would have simply been plants, she never pulled them from the roots. She smothered them.

She was wise to the fact that yanking them would have left her soil disturbed and vulnerable to the settlement of uninvited guests waiting below the surface for just the right moment.

Take care of your garden.

Nourish your mind, body, and spirit.

And when the untamed appear, do not repress them or attempt to reprimand them in any way. Embrace them with such loving open arms that they cease to pose threat.

They will either adapt to the environment or move on in search of weaker lands.

Is Your Narrative Keeping You from Becoming The Hero of Your Story?

Are We Born With Blueprints?